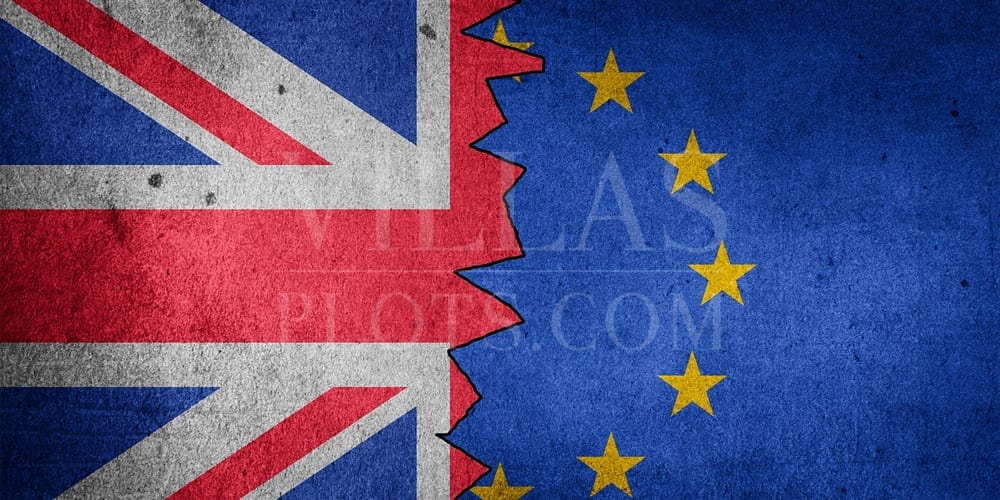 In June 2016, Britons voted to end their country’s membership to European Union, a move widely regarded as Brexit. The referendum outcome led to the resignation of the then Prime Minister David Cameron and election of Theresa May as the new Prime Minister.

The results of the referendum led to the disruption of the financial, tourism and property markets of other European Union members, Spain included. Spain’s exports to Britain have considerably gone down. A report by the Bank of Spain, suggests that Spain’s export positive projection came to a halt in 2017. The sales fell by 6% in the same year. The property market was not an exception.

So how has Brexit affected the Spanish property market?

The Spanish property market has been recovering from the housing market crisis that negatively hit the country since the 2000s. In the year 2008, Spain experienced the highest number of British home buyers and the demand for homes has kept growing prior to Brexit. In the second quarter of 2016, which was immediately after the referendum, there was a drop in the number of Britons buying in Spain. The decline was attributed to some factors that affected buyer’s decisions to buy property in Spain. During Brexit, most investors took a wait-and-see attitude pending the settlement of uncertainties and how the new decision made by the United Kingdom would unfold.

According to Peter Esders, International Property Law Firm’s legal director and solicitor, Brexit had some effects on client’s buying patterns. Clients aged above 50 years were finding it hard to buy a property from their savings, meaning they had to plan for a mortgage to purchase their dream home in Spain. Fluctuation of the pound to a drop of between 14-16% caused by the exit of Britain from the European Union discouraged many buyers from purchasing in Spain, as it became more expensive for Britons to purchase in Spain due to the exchange rate.

Britons waiting to enjoy their retirement in Spain were worried about how their pensions would be affected in Spain. Healthcare is another worry for those planning on purchasing properties in Spain. Those who live in Spain are worried explicitly that after Brexit they might not enjoy Spanish Healthcare. However, the European Union and the United Kingdom have agreed on the need of the British continuing to enjoy healthcare provided for European and British citizen.

While expats and people working in Spain are concerned with their working conditions when Brexit takes shape. Their worry is that they might be subjected to double taxation, a factor that is deterring buying properties in Spain. In the year 2017, the market started to change shape. Early the same year, there was a significant rise in demand for Spain’s properties by Britons. During the year, there was an upsurge of British tourists visiting Spain. Out of 81.8 million tourists who visited Spain, 18.78 million of them were British. This translated to 23% of the total number of tourists visiting Spain. The number has been rising from 15.5 million tourists in 2015 and 17.8 million tourists in 2016. The surge was a clear indication that Brexit had affected Britons view of Spain.

The British represent the highest number of the foreigners who purchase properties in Spain in the year. Of this, 300,000 to 700,000 reside in Spain. This number includes expats and people who choose to buy their second home in Spain. According to Spanish Property Registrars, British buyers bought 15.01% of the total properties purchased by the foreigners in 2017. The report estimates that Britons bought 61,000 properties in Spain translating to 13.11% of the total properties sold.

British people love luxury properties, including villas and apartments on the Costa Blanca, Costa del Sol, Canary and Balearic Islands. This can be attributed to beauty of the area, proximity to the Mediterranean Sea, good climate, culture and the Spanish friendliness.

Spanish property demands kept rising steadily throughout the year with mainly foreigners buying.The number of home sales rose to 14.65% in 2017 to 464,423 units. Institute National Statistics reported that the growth was mainly steered by foreigners including Britons, French, Swedes, Italians, and Germans.

Through 2018, the demand keeps rising as the Brexit negotiations progress. More and more Britons are buying properties in Spain. It is estimated that the trend will keep rising as the prices rise. Britons are forecasting that after Brexit negations finalization, properties in Spain might hit even margins. Others are of the view that buying properties in Spain is the gateway to European Union countries once Brexit negotiations are finalized. The 1969 Vienna convection clause on the Law of Treaties outlines the acquired rights which cannot be affected by future treaties. This treaty has pushed many Britons to rush to buy properties in Marbella and Spain before Brexit takes hold.

Though Britons constitute the highest percentage of foreign buyers for Spanish properties, the market has not been affected by Brexit. Given that property prices keep rising, issues of healthcare and pensions wouldn’t affect the decision of most buyers. According to Spanish property registry, there was a growth of new homes sold to foreigners at 17,000 compared to 15,000 homes sold in 2017. This amounted to 13% of the total number of homes sold. This shows that two years after, the property market is still expanding.

From the large numbers of tourists visiting Spain it clearly shows that the country remains ideal for holiday and retirement homes.

The market seems to be getting better for quality properties. Those aiming to buy homes on the Costa Blanca, Javea are willing to purchase the properties regardless of the results of Brexit negations. Furthermore, Swiss, Americans and other non-European Union citizens are also turning to Spain for their luxury home.

From the statistics, it looks quite likely that the market will continue to expand despite Brexit.

How to make the most of virtual viewings?

Guide to buying property in Spain after Brexit